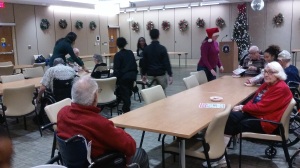 The December Jingo game was really special for Friends of the Soldiers Home. We had a great turnout! Fifteen volunteers gathered to assist residents in getting to the game, which is a combination of bingo and trivia, and then helped veterans play it. There was a holiday spirit in the air! The smiles of five Peace Corps volunteers who joined us at the event attest to the fun that was had. Jingo is always the second Thursday evening of the month, and we can’t wait for January! 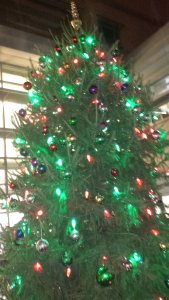 The holidays are upon us, as evidenced by the lighting of the 16-foot Christmas tree at a gala celebration at Soldiers Home-DC the evening of Tuesday, Dec. 6. Santa was there, as were cadets from Magruder High School in Rockville, Md. Friends of the Soldiers Home, in honor of its 5th anniversary, presented the Home with a special holiday gift — a neon sign that will become a permanent fixture in the Defender’s Inn saloon on campus. The sign says in part, “AFRH-W, FOSH slautes you,” as a sign of permanent gratitude from Friends of the Soldiers Home to residents of the Armed Forces Retirement Home-Washington.

The event also featured entertainment from the 42nd Street Singers, Creative Minds Band and the Jazzy Blu Band. FOSH invited several residents from the community to join the fun, and many came, including several excited children. Of course there was the tree lighting itself, at which Chaplain John Goodloe led all in the singing of `O Christmas Tree.’ 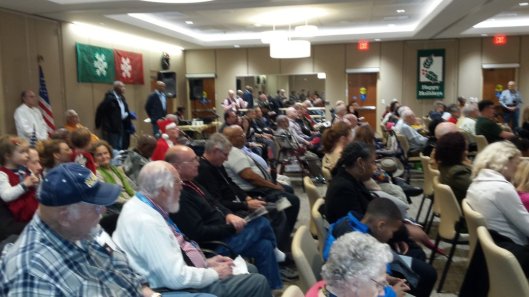