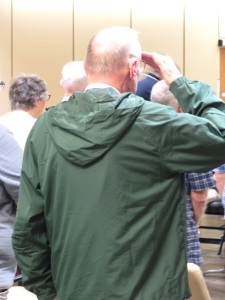 Story and photos by Liz Cocke.

Friends of the Soldiers Home was thrilled to help organize a concert for veterans of the Armed Forces Retirement Home-Washington on Friday, June 6th. The event commemorated the 70th Anniversary of D-Day, with music provided by the Cedarville High School band from Michigan. The music moved residents and those attending the concert to remember all who served on D-Day – and to recognize the several World War II veterans who were attending. The students enjoyed speaking with the residents about their service, and about the history of the Home. Residents enjoyed hearing from the students about their performance the previous day at the World War II Memorial. This is the second concert in two weeks that Friends arranged with Music Celebrations International, following a Memorial Weekend event. 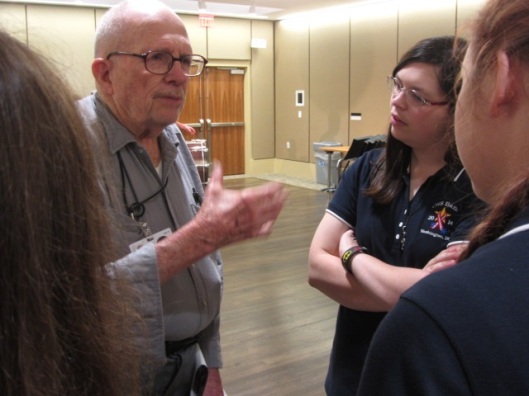